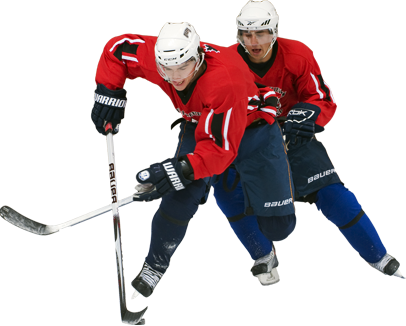 Steve is a world renowned Professional Power Skating Coach and Elite Hockey Consultant. His program and teaching methodologies are highly respected and considered to be some of best in the world. Steve's experience and expertise has spans globally across Canada, the United States, Europe, Russia. He is a nationally certified coach and skating instructor with over 31 years of instructional expertise around the world. He has coached and taught thousands of players from all levels around the world, including players and professional teams from the N.H.L, Pro European Elite Leagues as well as National teams and players from 25 nations worldwide. Including Sweden, Finland, Russia, United States, Czech Republic, Slovakia,Austria, Norway, Germany, Netherlands, Belgium, England, China, Korea, Denmark, Switzerland and Canada. Steve has been the skating and skills coach for the Edmonton Oilers NHL for the past 12 seasons as well as Oklahoma Barons AHL, Springfield Falcons AHL.

His innovative programs and teaching techniques are unique, dynamic and successful for all levels. Steve's expertise, knowledge and everyday commitment to excellence has helped players aged 6 to pro elevate and achieve maximum performance on ice. You can watch Steve every week on the television show "Hockey Unlimited" where he is the skating and skills expert on Sportsnet. Steve also was featured in the television show "Hockey Academy" for over 8 years presented by the Hockey Canada on NHL Network.

PRO'S STEVE SERDACHNY HAS WORKED WITH

questions about our program? want us instructing in your city?